401(k) distributions might be a topic that some rarely consider, especially when much of the focus is on trying to save enough for retirement.  We recently came across this article by Gary Foreman that explains some of the withdrawal options available:

‘How will my money be given out to me from my 401k when I retire? Will a portion be given monthly or will it be given in a lump sum? I would like to get a big wad as soon as I retire for a new home in a new location.’-Owen

Owen’s not the only one asking this question. According to the Wharton School of Business, in the next 10 years, over 10 million people will reach age 65. So quite a few folks will be looking for an answer.

Egg in a Nest photo from Shutterstock

First here’s a disclaimer. Before making decisions that could significantly affect your taxes, it’s wise to see a qualified tax professional. This is a big decision. Don’t risk making a big mistake.

The distribution options on your 401k are governed first by the tax laws and then by the plan’s rules. Some plans don’t offer every option that’s available by law.

If Owen really wants the money, he can get it now, either through a loan or by taking a distribution. You can take money out of your 401k anytime you want. It’s just a matter of whether you want to pay the penalty.

If you withdraw money before age 59 1/2, you’ll pay a 10% early withdrawal penalty. There’s an exception if you leave your company after age 55. Then, a lump sum distribution is not subject to the penalty. But, it will still be taxed.

On the other end of the calendar, you must begin withdrawing part of the account at age 70 1/2. The amount will be determined by life expectancy.

Next, let’s look at what choices Owen will have when he retires. The decision will largely be his. The law allows for five different alternatives for a 401k account at retirement. The options include lump-sum distribution, continue the plan, roll the money into an IRA, take periodic distributions, or use the money to purchase an annuity. Owen’s particular plan will allow for some or all of them.

The fastest way for Owen to get his “big wad” of money is to take a lump-sum distribution. He’ll get the money quickly. But there are two disadvantages. First, he’ll pay ordinary income taxes on the entire amount withdrawn. Second, the money will no longer be growing tax-free.

If Owen does take a lump-sum distribution, he’ll be subject to 20% withholding. That means the IRS will take 20% of the money distributed now and apply to his tax bill next April. Owen can thank the “Unemployment Compensation Amendments Act of 1992” for that idea.

Owen could decide to leave the money in the account. It will continue to grow tax-free. That can make a big difference in how much is available to him during retirement. Many retirees choose to spend taxable accounts first saving IRA’s and 401k’s until they need the money or are forced by law to begin distributions.

Another possibility would be to roll the 401k into an IRA. That would give Owen the largest number of investment options. He could still withdraw the money when he wants or choose to let it grow tax-free.

Owen may also choose to take a regular, scheduled distribution from the 401k. Scheduled withdrawals are not subject to the 20% withholding. Most plans allow for a monthly or quarterly distribution. The amount can be adjusted annually if you choose. That can be handy if inflation causes your expenses to increase.

The final option, an annuity, takes the investment work out of the equation. An annuity can be purchased with part or all of the 401k money. It would pay Owen a regular income for the rest of his life.

Owen’s goal is to buy a home. Depending on how much he has in his 401k, he has a couple of possibilities. He mentioned the first option. Taking all the money, paying the taxes due and paying cash for his new home.

But he might want to consider withdrawing just enough from his 401k for the down payment. The balance of the account could be set up on regularly scheduled distributions. He could control the investments and distributions. Or Owen could choose to buy an annuity and let them do the investing and checkwriting.

Those regular distributions would cover the mortgage payments. The advantage for Owen is that he won’t have a spike in taxable income. Also he might be able to take a tax deduction for the mortgage interest at the same time that he is earning money without taxes within the retirement account.

Owen should speak with his accountant to find our which choice is best for him. Hope he enjoys his retirement and his new home! 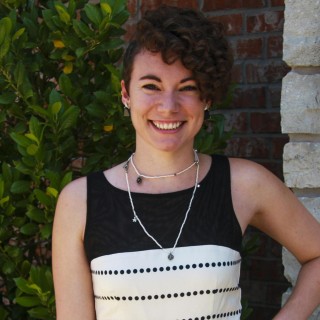